Brussels trades in tools of torture 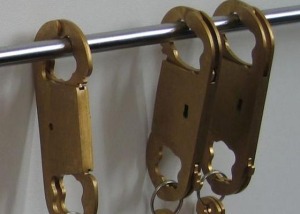 Companies across the EU have little restraint put upon them to not trade in instruments that can be used for torture.  European companies are selling electronic sleeves that deliver massive electronic shocks to those who are forced to wear them,” thumb cuffs” and other barbaric instruments.

This is happening despite a ruling being in place since 2006 with outlaws such action.  It is illegal for European companies to trade in policing and security equipment designed for torture.  Several European states however, have failed to implement these rules.  This, in reality, means that are economies are being funded through illegal sales of torture equipment.  Does anyone else feel a little uncomfortable about this?

The Czech Republic and Germany were both named and shamed by an Amnesty International report highlighting the severity of this issue.  Amnesty maintain that “Between 2006 and 2009, the Czech Republic issued export licenses covering shackles, electric shock weapons and chemical sprays to six countries where police and security forces had previously used such equipment for torture and other ill-treatment”.  Germany it alleges “issued similar licenses to three such countries for exports of foot-chains and chemical sprays”.   This is active government and business lead support for Torture. Only 7 EU states have fulfilled their commitments under the legislation.  To help with your maths, this means 20 Member States are falling short.

The EU, once again, has the highest of standards when it comes to rhetoric around human right, but too often falls miserably short in up-holding its commitments.  Sadly, this pattern is extenuated when big business is involved. The European Commission must show it can stand up to big business on this issue.

One response to “Brussels trades in tools of torture”