Bjørn Lomborg is still on the wrong path to tackle climate change. 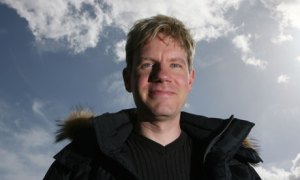 Bjørn Lomborg, the “sceptical environmentalist” has come out and acknowledged that man-made climate change is a problem, and one that should be prioritised by governments.  This revelation is a welcome step in the right direction.  Lomborg remains however, woefully off course on his action plan on how to tackle climate change.

Lomborg advocates a heavy investment in R and D to the tune of 100 billion dollars.  This is sort of investment would be welcome and indeed needed.  We should approach his arguments however with a degree of caution for his action plan would leave humanity facing terrible consequences when average temp increases climb well above the 2 degree guard level.  Lomborg, denies we need action to reduce emissions now, making a predominantly economic argument for a lack of action in the short-term.  His argument falls down on two levels.

Firstly, as Phil Bloomer (Policy director for Oxfam) points out in a letter to the Guardian, there are plenty of things that can be done now to tackle climate change that would be revenue creators such as a levies on aviation and shipping.  If we simply sit back and wait for the affect of R and D to kick in we might be waiting for another 20 years.  If we want to leave ourselves a reasonable chance of staying below 2 degrees (which I have siad previously is a dangerous target to be aiming for) then we need to peak our emissions by 2015, at the latest (see http://climatecongress.ku.dk/pdf/synthesisreport).  If we fail to cap our emissions for 20 years we can expect to see average temp rise by 2.8-3.2 degrees.   This would leave us with a dangerously high chance of experiencing run away climate change (see page 16 of the above mentioned report for impacts in relation to temp rises).

Lomborg, fundamentally approaches the issue of climate change from an illogical perspective.  Lomborg has tried to work out what is economically feasible and then work backwards.  What I would advocate is the need to start with what is scientifically imperative to leave us reasonable odds of not experiencing some of the worst effects of climate change.  Recent history shows that if the danger is considered big enough the political will power and the money can be found (use the bail out of the banks as a case point). To put an economic imperative before a scientific imperative (that has such disastrous consequences) is something no policy maker can afford to do.

Policy makers (and still perhaps Lomborg) need to understand the severity of the threat we face and the short length in which we have to act.  If we do not begin to understand this, we face a potentially perilous future.

One response to “Bjørn Lomborg is still on the wrong path to tackle climate change.”