Why Steven Davies sexuality is not a private affair 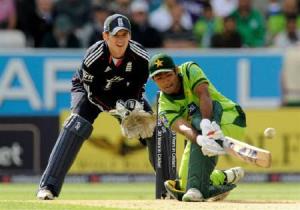 “Steven Davies is gay” bellows out every media outlet under the sun. “So what” chuckles the majority of cricket and sport fans in reply.

Variations of this scenario are played out on news sites across the web in response to cricketer Steven Davies announcement that he is gay.  Undoubtedly in pubs up and down the country this sentiment will be repeated.  “Why do we (inherently implying the heterosexual majority) need to know about it”? This argument has deep repercussions for the wider LGBTI community and needs to be challenged.

Firstly, the idea that “heterosexuals don’t feel the need to ‘announce’ their sexuality”, is flagrantly not true.  When sport stars (often male dominated team sport stars) decide to grace twitter with their enlightened presence, it is all too often either a PR stunt where they describe their perfect nuclear family, or a lewd playground for grown men to make out of hand innuendo.  Apart from a few sniggers, no one questions the macho chauvinistic tweets that are based on crude metaphors. Equally, no one questions it when sports stars talk about “cuddling up with wife”, nor should they. Can you imagine though mainstream new media responding well to a tweet “just cuddling up with my man”? Sadly not.

Of course, these issues are not isolated to cricket, or indeed, even sport.  When the undercover bigot talks of privacy they are missing a glaring truth.  The heterosexual man can, and does, talk about his sexuality on a regular basis in a myriad of ways.  Subconsciously or not, the modern heterosexual man has plenty of acceptable and unacceptable ways of showing the world his sexuality.  Equally, being heterosexual is the expected “norm” in common discourse.  The argument to suggest that sexuality is a private matter has the logical consequence that all the related problems should be kept out of sight and out of mind.

This is why we, as a collective community need to welcome Steven Davies announcement with pride and enthusiasm.  Not because of the tokenism but because it is the start of moving LGB, as a very idea into common discourse.

There have, to their credit, been powerful voices arguing for measures to tackle sexism and racism within cricket.  As a result, steps have been taken to begin to challenge these problems, although they obviously still exist.  What I am excited about now is that there is a well recognised, respected voice to begin to have the conversation about homophobia in cricket.  There is a long way to go, but at least now we can begin to have the conversation.