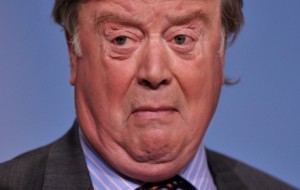 When Ken Clarke started talking about rape on radio 5 live last week there was quite rightly uproar. Ken Clarke failed to effectively get across what he wanted to say. I think (assume) what he was trying to saying was that when someone has sex with an under 13 year old (not 15 like Ken said) it is legally deemed rape although it might well have been consenting. The legal logic goes that it has to be rape because she/he could not have given their consent because of their age.

It was telling that on BBC Question Time last Thursday after the whole debacle took place, Ken was greeted (by panelists and audience) with a general level of support.  Even Jack Straw stopped short of really attacking him (a Labour politician with principles…or just on that understands the debate?)  This is because, at the crux of what Ken was saying, that some legal definitions of rape hold more severe penalties than others, he was right.  Not all legal definitions of rape are violent, indeed as pointed out above; some rape can hold both partners consent.  The varying length and severity of punishment reflecting this is right.

Labour has a record of action on this issue, which if they were campaigning positively, they would be working to highlight. They introduced the Sexual Offences Act 2003 which broadened the definition of consent to protect those unable to consent (such someone unconscious or drunk).  However, this latest round of fire in the war of words has come with Harriet Harman writing a patronising gender centric letter to Mr Clarke in the Guardian, Ed Miliband calling for his dismissal at Prime Ministers Questions and the Labour media machine going into overdrive.  Let’s be very clear, Labour are not doing this because they think what Ken Clarke was saying was wrong, but because it is politically useful. They have gone on a crass public relations spree (missing the key point about reduced sentences to save money).

As Sunny Hundal pointed out, the Tories have two big problems facing them. One is a law and order image problem, and the second is that women disproportionately do not vote Tory. Labour can see that by attacking Ken they are winning on both fronts.

For as long as Ken is in his job, the Tories cannot appear “tough on crime”. They are facing police protests over salary freezes whilst talking more about “helping those in prisons” (quite rightly). If Labour keeps attacking, Cameron cannot fire Clarke because that would be an obvious win for Labour. It does however keep the law and order problem on the front pages and makes the Tories look divided and weakened.  Cameron is in a no win situation – keep Ken and look weak or sack Ken and look weak.

At the same time, it also means that Labour can play on crass gender stereotypes related to rape and clean up the female vote! Labour can look compassionate whilst attacking a Justice secretary which is doing and saying roughly the right things.

Labour knows, I know and most importantly Ken Clarke knows he did not mean to say that some rape was more or less “serious”.  When Ken Clarke (the former lawyer) talks of rape, he is using legal definitions, not publically understood definitions of the term.