Standing up for [some] civil liberties

The Protection of Freedoms Bill is today in its second reading in the Lords. It is, in the words of Nick Clegg, the vehicle by which this government will “restore Britain’s traditions of freedom and fairness”. Broadly, it aims to reverse Labour’s appalling 13 years of state sponsored intrusions into our civil liberties.

Within the Bill there are positive proposals on issues such as collection and retention of biometric information, limits on stop and search, the right to trial by jury, and restrictions on surveillance powers. The most widely reported measure is bringing the permanent precharge detention limit down from 28 to 14 days.

These steps are all welcome and needed, but also provide a nice overview of how Labour fundamentally let us down on civil liberties.

There is however, a worryingly long list of Labour policies that are not included in this bill. This Bill would have been the perfect ‘vehicle’ to address the extended administrative detention of nonnationals, redressing the balance between security and freedom found in various counter terrorism measures, the intrusive ‘mosquito’ device which stops youngsters from meeting in public.  Equally, this Bill could have been used to rectify a situation where a Christian cannot wear a discreet cross to work. 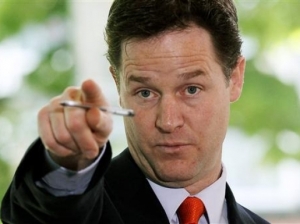 This bill is so important in restoring basic standards, but needs to go further. The very fact that we need this bill however should leave any Labour politician or supporter to shame.