The state we are in – political party funding, big business and the unions 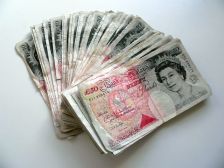 These figures speak for themselves. On the day Ed Miliband was elected, Unite donated £770,000 to the Labour party. In the first four days of Miliband’s leadership Labour received donations worth over £1m. Within a couple of days a further £230,000 was donated by CWU. Unions have donated a total of £8.4 million since Miliband was elected as party leader.

Perhaps this might be the reason why they have failed to provide effective opposition and point out that the Conservatives are in the pockets of big business. Since the general election, the Conservative Party have received more than half of their funding from businesses and individuals working in finance. Why has Labour not been shouting from the rooftops about this? I suspect because of the embarrassment of being so reliant on unions.

There is something seriously wrong with our politics. Just look at the top the Tory donors as an illustration:

Between the three of them they have contributed over £10 million to the Conservative party since 2005 alone.

This is why I support Sir Christopher Kelly, the chairman of the committee on standards in public life, who has proposed a £10,000 annual cap on donations. Sadly, all three parties rejected the proposals as politically untenable. Is this any surprise?

Once again, the big parties are blocking reform because it is not in their interests. We are left wondering if the big three parties represent us, the electorate or those that hold the purse strings.

One response to “The state we are in – political party funding, big business and the unions”