Alan Davies, “I feel that the Liverpool v Everton semi-final could be played on Apr 15th”. I tend to agree 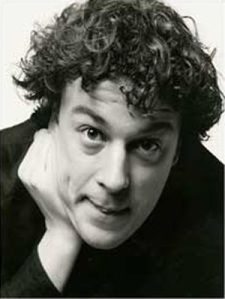 This article was published on the Tattooed Football blog.

The need to obtain justice for those who were taken from us on April 15th 1989 at Hillsborough is as important today as it has ever been. 96 people, fathers, sons and friends were taken away by what was an avoidable disaster. The days that followed filled with the smears and lies as they were are something that no one should have to go through and my heart goes out to all the fans, friends and family who did. The fact that 23 years later we are still fighting for the truth is the ultimate insult to those who died and leaves the footballing world in a collective grief.

It was with surprise then that tweets starting coming through my twitter stream suggesting that the comedian Alan Davies was “cheapening” and “mocking” these events. I was so surprised I took it upon myself to find out exactly what Alan Davies said.  To my surprise listening to him and watching twittersphere implode conjured up more than the inevitable shock at his crass comments – it conjured a feeling of sympathy. The sympathy I felt was founded in an empathy based in shared experience. This shared experience was being hounded by angry Liverpool fans who were on a moral crusade with the Hillsborough disaster as their armour.

Last year I was accused of disrespecting those who lost loves ones at Hillsborough by arguing for the introduction of safe standing (something very different from the reintroduction of 1980s terraces).  For many, it became impossible to have a rational argument about something which was affecting the modern game because of the emotive memories it stirred up. Everybody grieves in their own way, but loss and grief is not a free ticket to act like a complete prick (prick here is defined as someone who emails me with death threats, abusive rants and uses an unnecessarily wide of similes “you are like a…”).

As such, there are two logical conclusions to draw. The first is that grieving or loosing someone (or supporting a club that has lost fans in a disaster) is not a justification to be a complete prick and threaten to kill or beat people. Secondly, the lost that we have suffered should not stand in the way of needed developments within the modern game – it is disrespectful in my mind to use these tragic deaths as a barrier to the development of the game.

In regards to my safe standing article people asked why should we would ‘take the risk’ introducing  safe standing? Apart from highlighting the distinct lack of risk in modern safe standing stadia (the emphasis being on the word safe) I also had to show that a problem existed in the first place that needed to be tackled. The issue of standing in seated areas is one that directly affects the modern footie fan and can easily be sorted through the introduction of safe standing areas. The only thing in its way is an archaic FA and an impossible media hurdle surrounding Hillsborough.

At the time I went on to argue that introducing safe standing was the greatest tribute we could pay (to show lessons learnt).

Equally, it is worth highlighting that to keep the status quo of LFC not playing on the 15th April also has negative repercussions. This year it happens to be Chelsea who suffer but in future seasons it could be any club (including LFC). The problem exists – and if you doubt the depth of feeling surrounding it,  just talk to a few Chelsea fans at the moment.

And thus at the heart of what Davies was saying is what I feel to be a reasonable request – that Liverpool should play football on the 15th April. There are a plethora of arguments against this assertion (many of which can be found in this reasonable response to Davies by a LFC fan) and these views need to be considered and dealt with compassionately.

The choice is not an either or between playing football or remembering the dead though. There are a number of ways of remembering – in football rituals we have the silence before games, the minuet of clapping or the black arm bands. These all serve well as a visual poignant reminder of what we have lost and significantly do not detrimentally affect other clubs.

Liverpool have developed their own ways of remembering – the service held at the ground on the 15th is a particularly poignant one. There is no reason to see why this all can’t still happen in conjunction to football being played.

I am under no illusion to the pain that the Hillsborough disaster and the subsequent mishandling has caused to thousands of people from across the country. It cannot however be used as a full stop in any argument.

I would go one step further and suggest that  by standing and watching LFC play is perhaps one of the greatest tributes we can pay to those who lost their lives 23 years ago and to those who are still fighting for justice.

One response to “Alan Davies, “I feel that the Liverpool v Everton semi-final could be played on Apr 15th”. I tend to agree”