Israel has become the first ever country to not turn up to its own session under the UN ‘Universal Periodic Review’ (UPR) setting a worrying precedent. By boycotting this human rights mechanism, they have moved further away from their friends and foe in the international community. 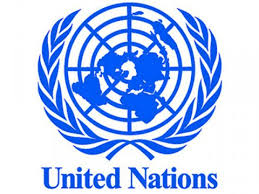 “We cannot allow their regime to dictate when it will cooperate; equally we cannot risk casting them off into the diplomatic wilderness where human rights abuses can occur unchecked”

I was writing about Iran and their unhelpful approach to the UN UPR.

On that occasion, the papers were quiet. It wasn’t considered news that Iran had essentially failed to cooperate, in any genuine way, with the new UN human rights process.

Today, in contrast, the papers are filled with Israel’s non-cooperation with the UPR. Israel didn’t attend their own review as part of their ongoing boycott of the UN Human Rights Council. They are boycotting the council after the council launched a fact-finding mission in March 2012 on the (illegal under IHL) Israeli settlements in the West Bank.

Israel has long argued that there is bias against it within the UN. Since 2006 more than half the resolutions passed by the Human Rights Council since it started work in 2006 have focused on Israel, specifically over the treatment of Palestinians. For some within the Israel the fact-finding mission was the last straw.

For others it was an essential investigation into Israel’s ongoing violations of IHL.

Regardless, this boycott by Israel has set a dangerous precedent of non-compliance.

“Israel’s deliberate absence would sabotage the principle of universality. Consequently the Universal Periodic Review stands to lose the compelling legitimacy it derives from being applied even-handedly to all state”.

He continued, “Why should states that would prefer to escape scrutiny of their human rights record, or are severely resource constrained, submit to this process if Israel’s non-compliance demonstrates that it is no longer universal?”

Iran, at least gave lip service to the process. Even Turkmenistan turned up!

There are very good reason why we should be worried about Israel’s no show. Again, in the words of Peter Splinter:

Israel’s closest allies, the United States, urged them to take part in the review.  The United States ambassador to the council, Eileen Chamberlain Donahoe, said,

“We have encouraged the Israelis to come to the council and to tell their story and to present their own narrative of their own human rights situation…The United States is absolutely, fully behind the Universal Periodic Review, and we do not want to see the mechanism in any way harmed”.

It is not just those who care about Israelis and Palestinians who should be worried about this development. This has the potential to set a precedent for worst human rights violators around the world to follow.

Israel has recklessly disregarded another staple of international human rights mechanisms and have moved further away from their friends and foe in the international community.

Now, more than ever, we need Israel to be a functional part of this international consensus – not a rogue state on fringes.

We have to wait and see if they turn up to the rescheduled session later this year.