Netanyahu, David Ward MP and their “The Jews” comments 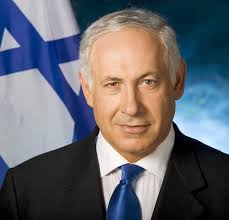 This article was cross posted on Liberal Conspiracy

Last week I criticised the Liberal Democrat MP David Ward for his sloppy, unhelpful and inaccurate use of terminology.

This week it is my turn to attack the Israeli Prime minister Binyamin Netanyahu for remarkably similar sloppy, unhelpful and inaccurate terminology.

In short, I criticised Ward for using “language to suggest that all Jews were responsible for the crimes that are being committed by the state of Israel”.

In Sunday’s Observer, Netanyahu was quoted as saying, “The Jewish people, [who have] suffered boycotts and persecution, should be a light unto other nations”.

On the flip side of Ward’s comments sits the equally ludicrous assertion that ‘Jews’ in their entirety should be “a light unto other nations” because they have “suffered”.  This is a big conceptual leap that needs to be challenged. Why would suffering lead to an expectation for all Jews to “be a light” or (as Ward suggests) to “have learnt lessons”.

Those who spend their days defending Israel and everything associated with it might well jump to Netanyahu’s defence saying that his comments were not an attack on Jews the same way Ward’s were. Different context, different sentiment, and so different conclusions they would argue.

However, I would argue that Netanyahu’s comments are unhelpful in a comparable way to Ward’s.

Netanyahu (inadvertently) plays into a collective absolutist discourse of ‘The Jews’. This is the same discourse that is used by anti-Semites to attack ‘Jews’ regardless of religion, politics or other affiliations. It is fundamentally a crass discourse that fails to celebrate the diversity within the Jewish population.

Netanyahu’s comments are based on an idea that ‘the Jews’ have some sort of special role to play because of their history.

Imagine, two boys growing up in London – one Jewish, one not. I wonder if Netanyahu could explain to me why the Jewish one should be ‘shining a light’ while he doesn’t expect the non-Jewish one to be?

Just as I asked Ward “what does he want us to learn [from the Holocaust] that is applicable to the current situation in the occupied territories” so I have to ask Netanyahu – what does he think ‘The Jews’ should have learnt from ‘persecution’ that would lead them (collectively – all 13 million of them) to be a ‘light unto other nations’?

It might seem like an obvious thing to write, but I am astonished how often it is missed. ‘Jews’ in their entirety are no more perfect or evil than any other group that so messily brings together thousands of years of history, culture and religion.

This acknowledgement is the basis on which to pull the rug out from under the anti-Semites feet. It doesn’t help if Netanyahu is firmly stood on the same rug.

3 responses to “Netanyahu, David Ward MP and their “The Jews” comments”