My heart sank today when I read that the QPR striker, Loïc Rémy has been arrested on suspicion of rape. 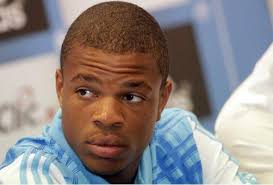 It sank because once again we were reminded of the rape endemic that is found in the UK. This story centers around three guys and one girl, but reminds me of the 85,000 women who are raped in the UK every year.

My heart sank because somewhere a girl has gone to the police to report a rape but we know from experience, she will face an uphill battle to bring about a prosecution. We know that even though 85,000 (or higher) women are raped each year in the UK. Only just over a 1000 men are convicted of rape – even though 90% of rape victims know the identity of their attacker.

My heart sank though because I knew people would also forget the word ‘accused’ and assume that Rémy was guilty. Although it is, statistically speaking, a small issue compared to rape, false accusations of rape have the potential to ruin a man’s life. With the 24/7 premiership media spotlight shining on Rémy, this potential is only amplified.

My heart sunk though, because I knew any subtlety in this story would fly from the window as soon as people graced their keyboards with the presence of their fingers.

Sure enough, ‘Jack Miller 1993’ decided to impart his wisdom on the matter saying:

Loic Remy been arrested on suspicion of Rape! Definitely not Guilty, probably nobbed some slag and told her to fuck off #LifeOfAFootballer

And he was not alone in gracing social media with such enlightened thoughts. This next selection of tweets were pulled at random from a torrent of rancid inappropriate comments that have been tweeted this afternoon.

Loic remy arrested for rape. Why do footballers always get into trouble like this. Oh yeah girls. #MoneyGrabbingHoes

It's not rape, it's just forcy fun time – Loic Remy

Remy didint do a thing! Just another slut looking for a few pound

Thousands of tweets later, all we know is that another rape has been reported in Britain and that many football fans on twitter are incapable of associating it with their own behavior.

“I am not referring to isolated incidents, but to a widespread trend towards articles, websites and events that sexualise, objectify and dehumanise female students and women in general. I am talking about entire websites where across hundreds of articles about women not a single female name appears; they are replaced with “wenches”, “hoes”, “clunge”, “skank”, “sloppy seconds”, “pussy”, “tramp”, “chick”, “bird”, “milf”, “slut” and “gash”. They are part of a growing culture in which the sexual targeting of female students as “prey” is actively encouraged, even when it verges on rape and sexual assault. It is an atmosphere in which victims are silenced and perpetrators encouraged to see crimes as merely ‘banter’ – just part of ‘being a lad’.”

Whether or not Jack Miller realizes it, he is, by tweeting such bile with such rancid sentiment and terminology as ‘slag’, only further contributing to the rape culture in the UK.