In defence of Cameron taking a holiday

Labour MPs and the tabloid’s show themselves to be interested only in cheap political point scoring by attacking Cameron for taking a holiday. 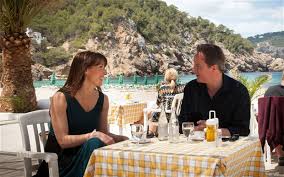 A number of Labour MPs have today attacked David Cameron for “swanning off” on holiday when “the country struggles to come to terms with the vile crime in Woolwich”.

This move smacks of cheap political point scoring. Cameron, like the rest of us, needs an occasional holiday. To expect otherwise is to expect the impossible from our politicians – a problem at the heart of our political system.

But hey, what do our tabloids like more than cheap point scoring politics?

The Sun goes with:

The Mail, not to be outdone, asks if the PM is ‘chillaxed enough’:

Cameron sparks row by 'swanning off' to Ibiza as Britain is gripped by terror crisis http://t.co/G0NiFN41XZ pic.twitter.com/Q0u6aWpIu0

One word that keeps coming up in this fawned outrage is – ‘terrorism’, or ‘terror crisis’. The tabloids in their never ending thirst for outrage asks, how can Cameron swan off ‘at a time like this – a terror crisis’?

I would love to hear from their editorial teams about how they define the words ‘terrorism’ and ‘crisis’ and then whether they can substantiate their claim that Britain is “gripped by a terror crisis”.

At this point, if you have not already, I strongly recommend you read Glenn Greenwald’s article in the Guardian where he asks, “Was the London killing of a British soldier ‘terrorism’?”

In this article he makes the point:

“there are few terms – if there are any – that pack the political, cultural and emotional punch that “terrorism” provides” and that we should treat the term with a little bit of respect.

When it suits him, Cameron, like the rest of our political elite and the tabloids, is happy to use and abuse the term all too aware of its emotional punch.

It suits him for example to not completely disown the Blair year’s war on terror rhetoric. Just as the term ‘terrorism’ has been systematically abused and made devoid of all meaning to justify everything from illegal wars to abolishing due process, so Cameron is now learning it can be used by tabloids and opposition MPs to make cheap political gains.

Although the Labour and the tabloid’s attack on Cameron for ‘swanning off’ is – and I am with Nadine Dorries on this – pathetic, Cameron has enabled them to use this term ‘terrorism’ by purposefully not defining what he or anyone else means by the term.

In short, Cameron should be allowed to get on with his holiday and enjoy spending some time with his family.When he gets back though, lets ask him what definition of terrorism he uses that manages to include the Woolwich attacks but excludes the UK’s illegal war in Iraq.

Until then though, as far as I am concerned, let the man enjoy his espresso in peace.