On World Blood Donor Day: Donate blood, you could save someone’s life

An edited version of this article was published in the Daily Monitor – Uganda’s best selling independent newspaper.

To mark the WHO’s annual Blood Donor Day, Steve Hynd from the African Palliative Care Association  urges everyone eligible to go and give blood as it might save someone’s life! 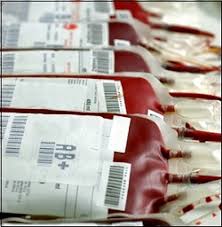 On the WHO’s World Blood Donor Day (14th June) it seems pertinent to highlight the on-going challenges facing blood banks, not just across Uganda but across Africa in general.

The limited supply of blood in Africa is a serious problem. The WHO reports that out of the “75 countries [that] report collecting fewer than 10 donations per 1 000 population….38…are in WHO’s African Region…and all are low- or middle-income countries.”

To put this in other words, in 75 countries less than 1% of the population is donating blood.

Despite this low supply, the demand for blood transfusion in Sub-Saharan Africa is high because of the high prevalence of anemia, especially due to malaria and pregnancy-related complications.

Blood transfers are also an important, but often forgotten, aspect of palliative care. For example, some Cancer patients require blood transfusion both as a direct result of the disease but also, at times, because of the palliative treatment the patient may receive.

Uganda is a leading light in palliative care but is also one of the countries with a severe shortage of blood and is a country where less than 1% of the population is donating blood.

This is having serious consequences. In the last month it is thought that at least 12 people in the eastern region have died because of lack of access to blood transfusions. IRIN reports that Uganda has an annual demand of approximately 300,000 units of blood per year but collects just 250,000.

Bernadette Basemera, a palliative care nurse who works for the African Palliative Care Association based in Kampala commented on the blood shortage in Uganda saying, “Although the shortage of blood in Uganda has been difficult recently, the problem is a systemic one. All across Africa there is a consistent shortage of donors coupled with a high demand for blood transfusions.”

She continued, “The only way this issue is going to be tackled is by increasing public awareness to ensure a consistent supply of blood is donated. I would urge everyone eligible to find their nearest centre and go and give blood. This simple action that costs you nothing could save someone’s life.”