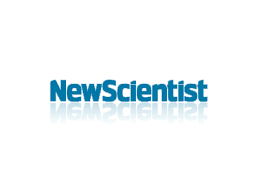 New research from Adam Lankford, a criminal justice professor at The University of Alabama, published in The New Scientist has challenged the commonly accepted assertion that suicide bombers are ‘psychologically normal’.

Post 9/11 a message was repeatedly put out that suicide bombers are ‘psychologically normal’.

For example CIA terror expert Jerrold Post in 2006 said, “We’d like to believe these are crazed fanatics, not true… as individuals, this is normal behaviour.”

The new research however makes the assertion that suicide terrorists are suicidal. Simply, they kill themselves to escape crises or unbearable pain.

These findings have quite far reaching consequences.

To draw out just one: It challenges one of Richard Dawkins central assertions in his book, ‘God Delusion’ – that suicide bombers are driven by a genuine absolutist belief in their faith.

Dawkin’s assertion is based on a central assumption that suicide bombers are acting because of a literalist belief in their faith.

As Lankford points out however, almost all involved with suicide attacks have a vested interest in presenting them to be a result of their faith. He comments:

“Terrorist leaders have strategic reasons for insisting that attackers are not suicidal, but instead are carrying out glorious martyrdom operations. Traumatised parents want to believe that their children were motivated by heroic impulses. And suicidal people commonly deny that they are suicidal and are often able to hide their true feelings from the world.

This is especially true of fundamentalist Muslims. Suicide is explicitly condemned in Islam and guarantees an eternity in hell. Martyrs, on the other hand, can go to heaven.”

On the other hand, Lankford draws from scientific studies that support his own assertion that suicide bombers have “often suffered from serious mental trauma and always demonstrate at least a few behaviours on the continuum of suicidality, such as suicide ideation, a suicide plan or previous suicide attempts.”

This, if taken to be true, draws an interesting conclusion, that suicide bombers (the poster image of religious fundamentalism) is in fact a poster image of suicidal psychology – not religion.