Ciarnan Helferty speaks out after stepping down as Chair of Amnesty UK. 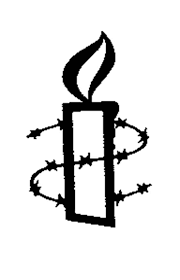 At 10:00am this morning Ciarnan Helferty stepped down as the Chair of Amnesty International UK after being pulled up on sending jokes about mental illness on twitter.

Amnesty UK have, quite rightly, tweeted apologies for any offence caused by his comments.

Speaking to Hynd’s Blog, Ciarnan commented on his decision saying, “Next week will mark 10 years since I first became involved with Amnesty. A decade seems an appropriate – if not altogether planned – juncture at which to call a close to this particular chapter of my life. I will of course remain as committed to Amnesty tomorrow as I am today but I hope that in stepping down it helps the section move quickly past the events of recent weeks.”

On the issue of his leadership over the last few years he commented, “…I know only too well that I [was] given the space as Chair to take risks and be a little more unconventional than we are perhaps used. I’m not sure it would have worked any other way to be honest, but it was and is, very much appreciated.”

The Vice-Chair of the Amnesty UK’s Board, Sarah O’Grady, made Amnesty’s position crystal clear stating, “Ciarnan’s comments are incongruent with the policy and aims of Amnesty International.”  She did however; also praise his “personal integrity and responsibility”.

Ciarnan took over as Chair of Board in May 2011 having spent three years on the Board. He also Chaired the Student Action Network and represented the UK section at two International Council Meetings.