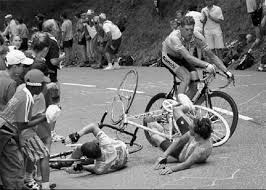 2 responses to “I will always wear a cycling helmet but should government force people to?”