Barbie for boys? Toys “R” Us to drop gender labelling 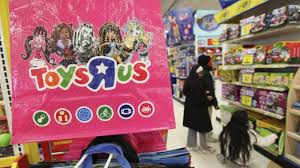 Toys “R” Us have pledged to stop marketing toys as either for “girls” or for “boys”. The move comes after a meeting with the ‘Let Toys be Toys’ campaign which campaigns to stop retailers “limiting children’s interests by promoting some toys as only suitable for girls, and others only for boys.”

The Let Toys be Toys campaign is one that, despite not yet being a parent, I support passionately.

Of course there is a correlation with gender and the type of toys played with (although the chicken and egg question remains). But what I have issue with is retailers promoting a toy, and in turn behaviour, to one gender which tacitly stigmatises the other gender who may equally wish to play with such a toy.

In short, kids should be able to decide that they play with and what they don’t without the interference of hundreds of years of patriarchal gender stereotypes.

The change.org petition hits the nail on the head when it says:

“In 2013 it is time to take down the signs, labels and categories that tell parents, grandparents and children that construction sets, adventure games, cars, science toys and superheroes are ‘toys for boys’, and that baby dolls, play kitchens, make-up sets, fashion, princesses and crafts are ‘toys for girls’.

Toys are for fun, for learning, for stoking imagination and encouraging creativity. Children should feel free to play with the toys that most interest them.”

3 responses to “Barbie for boys? Toys “R” Us to drop gender labelling”