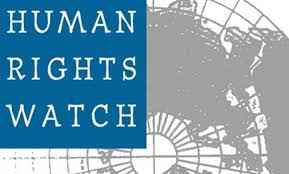 Last June I wrote in Liberal Conspiracy about the shocking case of Dr. Khorinyak who had been convicted of drug trafficking offences after prescribing basic pain medications to a friend who had muscular dystrophy since childhood, was unable to walk, and was diagnosed with cancer in 2007.

I am delighted therefore to read in ehospice that HRW has now written to the Prosecutor General of the Russian Federation, Yury Yakovlevich Chayka. In their letter, HRW makes a clear legal and moral case for why the Russian authorities should drop these ludicrous charges against Dr. Khorinyak. The letter states:

“Our research has found that regulations on medical use of controlled substances in Russia are overly bureaucratic and excessively onerous, interfering with proper prescribing and with the ability of patients to access these medications. A report detailing these findings is forthcoming. Russia has among the strictest drug control regulations in the world, going far beyond what is required under international law. Russia not only strictly regulates morphine and other drugs in its class but also tramadol, a significantly weaker opioid that is not a controlled substance internationally.

Under international law, countries have an obligation to regulate the availability and accessibility of strong opioid medications, such as morphine, to prevent its misuse and diversion. However, drug control efforts must be continually balanced against the responsibility to ensure opioid availability for medical purposes, in line with the right to health under international law.”

“While Dr. Khorinyak and Mrs. Tabarintseva may have violated the letter of Russia’s drug control regulations, they did so out of humanitarian considerations to help a patient with a legitimate medical need, who was deprived access to medications for arbitrary, bureaucratic reasons. As a medical professional, Dr. Khorinyak felt duty bound to help Mr. Sechin, and her actions essentially did no more than seek to end a situation in which Mr. Sechin’s rights were being violated. The prosecution presented no evidence whatsoever that Dr. Khorinyak and Mrs. Tabarintseva personally benefited from prescribing and buying tramadol for Mr. Sechin, that any of the medication was used for non-medical purposes, or was diverted to the black market. We therefore consider the prosecution and conviction to be disproportionate and in violation of international human rights law.”

Human Rights Watch intervention in this case is welcomed. Hopefully the prosecutor will take their advice and drop these disproportionate charges.