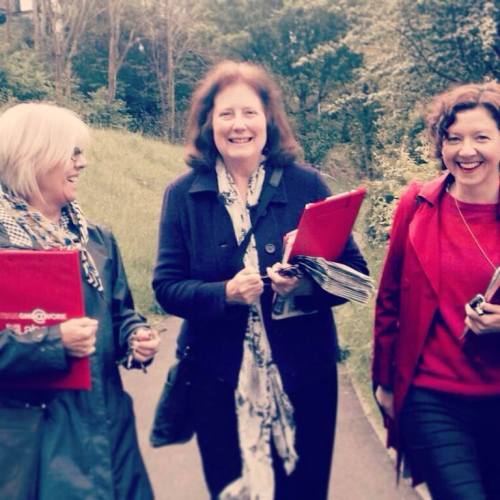 The Labour Party today uploaded this photo to facebook with the inspiring campaigns cliche:

We don’t have the Tories’ money — so we’re going to win this election one conversation at a time. Be part of it: http://labour.org.uk/volunteer-pledge

In it’s literal sense this is true. Labour do not ‘have the Tories’ money’. Not a penny of Labour’s money (that I know of) belongs to the Conservative Party…but (and this is a big but) they do have rather a lot of their own.

Indeed, the latest party political donation figures show that they were given a huge £3,162,980 in the period of Oct-Dec 2013 alone. I should point that is a million less than the Conservative Party who received £4,805,892.

But you take my point, neither of the big two political parties are exactly short of cash.

If the Labour Party win the next General Election it will be partly because of thousands of people who have donated hours of their lives to campaigning but it will also be because of the formidable amounts of money they have to put into the campaign (mainly coming from Trade Unions).

My question here is can we have a fair, open and educated democracy when some political parties have so much to spend on ‘getting their message across’ while others have so little?

I think not. That is why I have always supported the system of state funded political parties.

The Green Party hold what I think to be a very sensible policy on this:

The Greens believe that party funding should be calculated and administered on a regional basis, with funds allocated in proportion to the number of votes cast in the region in the last round of proportional representation elections held across the entire region. Parties would need to exceed a threshold of 3% of the vote to become eligible for this funding.

You will not be surprised to hear that both Labour and Conservatives have been feet dragging on this issue to say the least. Not surprising considering the size of their respective bank accounts.

*UPDATE: Before a Labour Party activist says it, there is of course a big difference between big private donors and Trade Unions. One is not as bad as the other. But I would argue that neither are healthy for politics.

41% agree that a state-funded political system would be fairer than the one we have (18% disagree): http://t.co/WyeEHC6rfT