Arsenal back campaign to kick homophobia out of football 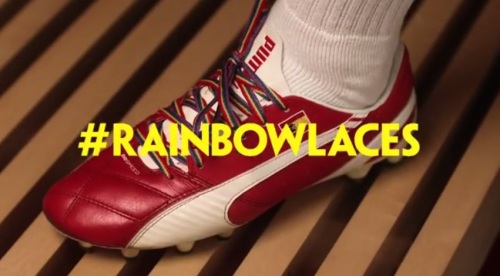 Because of this, I rather appreciated Arsenal’s latest campaigns video in support of the #RainbowLaces campaign to ‘kick homophobia out of football’.

Stewart Selby, co-ordinator and founder of the GayGooners commented on the Arsenal press release that: “Arsenal’s participation in the advert and the campaign means so much to Arsenal’s LGBT fans and the community. The campaign sends the message that attitudes should and can change.”

A pair of rainbow laces will be distributed to professional players across the UK for them to where on the weekend of Saturday September 13th to create a visual display that homophobia is not accepted in the modern game.

Writing this from Uganda, one wonders though how the millions of devote Arsenal fans here will react to the campaign!