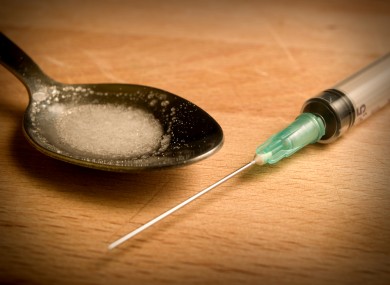 The Daily Telegraph yesterday ran a story with the headline “Cannabis as addictive as heroin, major new study finds”.

The article opens reasserting the same headline phrase “Cannabis can be as addictive as heroin or alcohol”.

As I read through the article my ‘bullshit-o-meter’ that was already triggered by the headline started to go through the roof. I was fairly sure that quite a lot of what was written simply could not be true.

After I finished reading it I dismissed it as more sensationalist twisting of real research and thought nothing more of it until…I saw that a (slightly more than me) conservative friend had posted the story on his wall.

My perpetual obsession to share my crass inclinations with people led me to want to reply.

As such to provide a more factual response that just ‘well this doesn’t tally with my own worldly experience’ (which it doesn’t) and ‘this isn’t the impression I got from a limited amount of reading on the subject’ I decided to do a wee bit of internet research.

As with most ideas though, someone else’s ‘bullshit-o-meter’ had already led them to respond, quite comprehensively, to the article.   This person is Edward Fox, the project coordinator for TalkingDrugs.org, a website ‘operated by Release, the UK-based centre of expertise on drugs and drugs law’ who then wrote a response for Huffington Post.

As it soon became clear, he is a much more qualified person than myself to write on this and so I leave you with his (edited down) words (read the full article here):

The UK tabloid hysteria has flared again over the dangers of cannabis, distorting recent research in an act that will prove detrimental to further educating people on the real harms associated with drug use….

The Telegraph’s claim that Professor Hall at any point stated that cannabis is on a par with heroin when it comes to addictiveness is a pernicious manipulation of his words. The exact phrasing he used to present his study was, in fact:

“If cannabis is not addictive then neither is heroin or alcohol”

This in no way equates to equal levels of harm, nor addictiveness, and at no point does the Telegraph cite a quote by Professor Hall that can back up their absurd headline.

On Cannabis’ Impact on Mental Health

Both newspapers claim that Professor Hall’s study found that cannabis causes mental health problems. This is conveyed by each as a statement of fact, when it is anything but.

Professor Hall’s findings were, rather, that the link between cannabis and mental health problems such as psychosis and depression has been found to be unclear. Research has determined that cannabis may be a contributing factor or heighten the risk of developing a disorder, but to frame it as a sole causation of a condition is misleading given the need to account for other confounding variables e.g. family history of mental illness and socio-economic standing.

On Cannabis as a Gateway Drug

The Daily Mail states that the study shows that “cannabis… opens the door to hard drugs.” This is, in a sense, true as Professor Hall did find from analysing different studies that cannabis users may be more likely to use cocaine and heroin.

However, the Mail fails to note that this finding is based on the exposure of cannabis users to the drug market and/or factors completely unrelated to cannabis, such as the “risk-taking or sensation-seeking,” of the user in question.

Thus, a pharmacological explanation of escalation in drug use is falsely left on the table by the Mail’s inability to go into further detail, suggesting that the effect of cannabis on the user in and of itself serves as a gateway to other substances.

Fox then concludes with this pertinent point:

Demonising drug users and manipulating research findings to sell papers serves only to avoid an open and honest debate on how to properly mitigate the harms of illicit drugs. If parts of the media continue down this sensationalist road, they will remain a malicious hindrance to real progress.

Tagged as Cannabis as addictive as heroin, Drugs