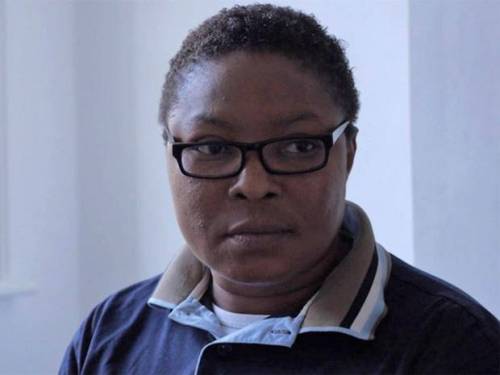 Today’s Independent reported on the case of Aderonke Apata, a Nigerian in the UK who is claiming asylum on the grounds of her sexuality. It reports:

‘The Home Secretary’s barrister, Andrew Bird, argued that Ms Apata was “not part of the social group known as lesbians” but had “indulged in same-sex activity”. He continued: “You can’t be a heterosexual one day and a lesbian the next day. Just as you can’t change your race.”’

Yep, it is 2015 and we still have a government department putting on record statements like this.

As if this wasn’t enough Mr Brid is quoted referencing her well documented mental health issues (including post-traumatic stress and an attempted suicide) as saying:

‘if she is suicidal and depressed she is making a jolly good show of it’.

This was so ludicrously absurd that I had to double check that this wasn’t a liberal baiting spoof! As far as I can tell it isn’t. These are the actual words of a man paid to represent the Home Office.

Mr Bird’s argument is based on a legal idea that goes something like this…just because an asylum seeker self-identifies as a lesbian, and indeed sleeps with other women, she is not actually a lesbian.

Want to know the logic? Read on…

In short, Mr Bird’s argument is based on the idea that because she has not always self-identified as a lesbian, she has, by ‘coming out’, shown her sexuality is changeable. Which conveniently fits her into some mad legal category which is outside of the ‘particular social group’ definition in the Refugee Convention.

Ever feel like law sits outside of common sense?

Well don’t be so quick to judge. A counter argument sitting much more closely within the humanitarian bounds of sanity was presented in this case (and many before). Our blogging friends over at the Justice Gap summarizes it well:

‘What Mr Bird’s case fails to take into account… is the stream of case law which shows that the real test is whether a characteristic is in the control of the individual to change (and so ‘mutable’) or whether it is a part of themselves that they cannot at this time be expected or able to change (and so ‘immutable’). So for example a child seeking asylum cannot force themselves to be older so they are not at risk on return and likewise a lesbian asylum seeker cannot simply choose to change their sexuality. This is notwithstanding that a child will eventually grow up and that there may have been a time in her past where a lesbian woman had not identified herself as a lesbian.’

The stakes in this game of pedantic legal back and forth are high however. Homosexuality is punishable by up to 14 years in prison in Nigeria (thanks to recent laws) and there has been a spike in violence against gay people within the country (related to international pressure?).

There are very real human consequences to this decision.

The judge is yet to make a final call – Hynd’s Blog waits with a virtual weight in its stomach for the verdict.