Green Party announces list of candidates to take on far right in European elections while the BNP appear to struggle to find suitable candidates. 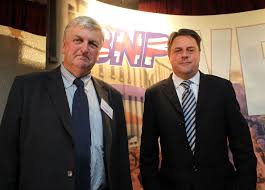 Yorkshire and Humber Green Party have today announced their list of candidates that they hope will kick far-right MEP Andrew Brons (former BNP) out of the European Parliament.

The Green Party’s lead candidate for Yorkshire and Humber seat will be Cllr Andrew Cooper, currently national energy spokesperson and a Kirklees councillor for over 10 years.

The standing MEP, Andrew Brons, last year resigned from the BNP after a public row with the leader and fellow MEP, Nick Griffin.  The BNP’s quest to find an alternative candidate looks increasingly desperate though as they put out one appeal after another for candidate applications – each time extending the deadline.