This is a guest post by Peter Lawrence. Peter has over 20 years of experience in local government and is a passionate advocate for electoral reform. 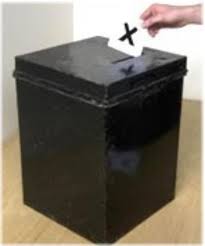 The UK’s First Past the Post (FPTP) electoral system is a ‘winner takes all’ process. Any political party with a sizeable support base spread evenly across the country will find it impossible to make proportionate gains in Westminster.

As a result we see constant bickering about constituency boundaries while all the three main political parties focus on marginal constituencies and ‘parachute-in’ their preferred candidates come election time. History tells us that some constituencies would elect a seaside donkey if the beast was the Prospective Parliamentary Candidate (PPC) for a locally dominant political party.

Despite all this, the UK rejected electoral reform in the 2011 Alternative Vote referendum by a margin of 2:1. There are many reasons for this rejection but I suspect the British people had no appetite for any electoral system where the least despised (as opposed to the most popular) candidate gets elected.

Also the many flavours of Proportional Representation (PR) on offer (see Plurality Voting System) are more likely to confuse rather than enthuse voters. Indeed, there is a widespread view that PR results in ineffective governance with minor parties holding the casting vote.

Scrapping constituencies altogether and instead having a national tally of votes with seats allocated to parties on their portion of that total at first seems the fairest approach. However, this favours large ‘lowest common denominator’ national parties, discourages new parties and robs the electorate of any ‘local voice’ e.g. voting against a hospital closure.

So what’s my suggestion? Every Vote Counts (EVC).

EVC is a low-cost, minimal change solution that favours no political party. As now voters cast one vote for the candidate of their choice with no change to existing constituencies or their boundaries.

EVC addresses the shortcomings of FPTP by injecting an element of ‘localism’ into the process, while at the same time allocating the total vote such that every national party gets something like the number of MPs justified by its share of the vote.

Put simply EVC changes how the votes cast are accounted for.

Under EVC, PPCs must register as either:

… a free choice, whether or not the candidate belongs to any political party.

Political parties must register as a National Party (NP) in order to receive their portion of the national tally of votes.

Local Candidates have votes cast in their favour recognised only at constituency level. If they obtain the most votes they become MP for that constituency, and if not they are thereafter discounted.

National Candidates have votes cast in their favour recorded as part of their party’s national tally. If they obtain the most votes in a constituency their party can propose that the candidate becomes MP for that constituency. However the final outcome will be decided by the Allocation of Parliamentary Seats for National Parties process explained below.

Seats for National Parties will be allocated using the following incremental process: –

The above is a thumbnail sketch. EVC is not a panacea and has a somewhat perverse element i.e. Round 2, where a particular constituency may be allocated an MP who did not gain the most votes locally but whose party gained a larger share of the national vote.

These are my thoughts and I would welcome yours. I hope though that this article will spark some life back into the electoral reform debate.

Why I support the Yes to AV campaign

There is little doubt that the current system is unpopular, unfair and outdated.  I need to spend little time illustrating this point. Voter turnout is at an all time low.  MP’s can be elected with as little as 3 out of 10 votes.  For too long people have felt separated from the democracy that is meant to represent them.

The Alternative vote system addresses these problems.  Under AV MP’s would need to get more than 50% of the vote.  They would have to work harder, reach out to more communities and try to address more of their constituents concerns.  The AV system will keep what is best about our current system, for example the important link between MP’s and their constituency, but strengthen it by giving voters more of a say.

The No to AV campaign has made a series of wild claims to try and scare people off from change.  I believe the strength of the Yes to AV campaign rests in its ability to tackle these false accusations. Here I will run through a few of these myths:

I am under no illusion that the No to AV campaign will be running a well funded high profile campaign, it is up to us though, ordinary people to be prepared to go out and make these arguments in our communities.  Already tens of thousands have pledged to support this campaign. Join us!

Electoral reform – this is our one chance

This is our one chance to be counted! For years we have had to put up with an unfair, unrepresentative voting system.  It is a system that disproportionately benefits those who hold power.  There has never been such incentive for the political classes to reform this.  Now is maybe the one time in your entire lifetime that we have a chance to change this voting system.  WE MUST SIEZE IT!!!

Let me reiterate that most MP’s do not want proportional representation.  We will only get this because we want it, not because they will give it to us.  Not only must we urge Nick Clegg to send the Tories packing with their laughable offer of a referendum on AV (FPTP with a few extra bits), but we must demand that any government (what ever its composition) give us nothing less than a direct say on proportional representation. Nothing less will do.

There have already been rallies across the country, in Glasgow, Manchester, Bristol and London.  NGO’s and pressure groups have come together under the banner of “Take Back Parliament“.  This group is calling for a complete change to our voting system, stating that the current parliament one does not represent us. We must take the initiative. In 1997, New Labour promised us PR.  We stood back, feeling rather pleased with ourselves as we watched the London Assembly, the Welsh Assembly, the Scottish Parliament the European elections all transform to various forms of PR.  And then we waited…and waited…and then silence.  The self-serving MP’s managed to bring about electoral reform to almost every institution apart from their own.  Well, I say not this time.  We must not let them get away with this injustice again.

In the past millions have taken to the streets to try to influence governmental decisions from trying to stop the illegal invasion of Iraq through to preventing the Fox Hunting Bill.  This can revolutionise the way we do politics in this country.  This is our time, for all people, from all political backgrounds, to demand that we have a say and that our votes count! This is a once in a lifetime opportunity to demand change, to be counted! Do not waste it.

Protests are happening at the following locations.  More information can be found at the Take back Parliament web-site.