Yesterday the increasingly bizarre BNP accused Nigel Farage of having undertaken ‘a recent conversion to Islam’ in a post which was primarily made up of a copied and pasted spam email.

As they face the final steps towards political obliteration (they have now lost all council seats they once held and are on course to lose their two MEPs in May’s elections) they appear to have resorted to trying to win back the particularly islamaphobic UKIP voters by making stuff up about Nigel Farage.

This latest move is only one step removed from the utterly bizarre plea they sent out before which asked for members to ‘engage in making babies’.

Yep, after last May’s drumming at the local elections the BNP sent out a message calling for nationalists to reproduce more to fight the growing wave of immigration.

Little things like this can lead one to think that things are getting a wee bit desperate in BNP HQ.

If you live in the North West and want to make sure that the BNP see their electoral death, read this tactical analysis on how to best beat the BNP in May’s elections. 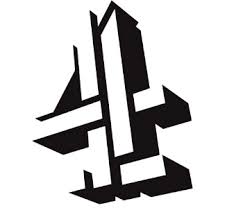