We need to put equal love on this Government’s agenda 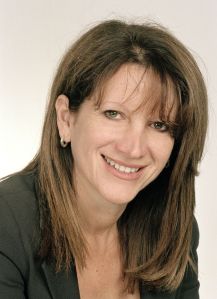 It is simple, if you deny homosexual couples the right to marry, or heterosexual couples the right to have civil partnerships on grounds of their sexuality, you are discriminating. This has severe consequences.  Denying couples equal treatment in this sense is counter to the Human Rights Act. In a democracy all people should be equal in the eyes of the law, regardless of their sexual orientation. Unfortunately our Government does not see it in such a clear cut way.

The current Government is taking some very welcome steps forward, even if these are small and tentative steps. There is a move to add a section into the Equalities Act that would allow civil partnerships to be registered on religious premises.  Yet, within this, it clearly states, “For the avoidance of doubt, nothing in this Act places an obligation on religious organisations to host civil partnerships if they do not wish to”.  Essentially, they are saying that no organisation will be forced; but faiths, like the Quakers, who support civil partnerships, could legally host ceremonies.

This clearly does not go far enough. The Government has said that it is consulting with all relevant actors on how to move forward from here.

The Equal Love campaign is highlighting not only the potential illegality of the Governments actions but also the contradictory and highly immoral nature of the Governments actions. We all need to publically back this campaign. With Wedding fever on boiling point we have never had a better chance to highlight this issue. We have a Royal Wedding and a Government consultation on homosexual marriage and civil partnerships! We cannot let this pass us by.

The consultation will run until June 23rd. It is essential that the Government hears a strong and clear voice in response to this consultation. We must all stand up and say, that we should all have equal access to marriage or civil partnerships, regardless of our sexuality.  The consultation can be found at www.equalities.gov.uk/news/civil_partnership.aspx. Equally, write to your MP, your local paper or simply your friends. Whatever you do, do not let this opportunity slip by.

Be under no pretence that those who are opposed to these equality measures are an organized and powerful lobbying force. If we do nothing, I can guarantee that this opportunity will be lost.

It has been reported by the Sunday Times, and repeated across bloggersphere that the Liberal Democrat equality minister Lynne Featherstone will announce a proposal to end the ban on same-sex marriage at the same time as the Government announces the timetable for civil partnerships to be held in religious buildings.

This is an incredibly important step for men and women of faith who wish to join their homosexual relationships in marriage.  This is as much a step forward for religious equality as it is for sexual equality.

Commenting on the story Peter Tatchell said, “Gay civil partnerships are not good enough. They are not equality. In a democratic society, everyone should be equal before the law. All couples – gay and heterosexual – should be able to get married in a civil ceremony in a register office.”

Let’s keep our fingers crossed that Lynne is not forced to back down from this position between now and Thursday.  We can help by publically backing these plans.