No student protests here, they wouldn’t dare – welcome to Turkmenistan 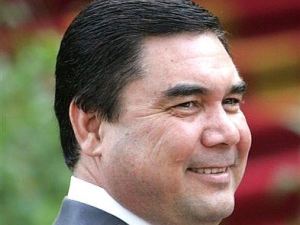 Students in the UK sometimes complain that they have it tough.  It is nothing however, compared to the trials that students face studying in Turkmenistan.  I would like to see UK students taking to the streets to stand side-by-side with their Turkmen brothers.

The Turkmen authorities, in a recent “crack-down” have introduced a series of oppressive measures on teachers and students including:

There was no reason given for these new measures from the notoriously authoritarian and erratic regime. Many within the Turkmen government fear grass-roots activism stemming from the academic minorities after up-risings across North Africa.

This all comes after Turkmen President Gurbanguly Berdymukhammedov sacked the deputy prime minister Ashgabat Polytechnic Institute after a death earlier this month for failing to stop a party that led to the death of a female student.

These measures add to the already restrictive atmosphere in which academia operates.  Students at Turkmen colleges and universities are not allowed to appear in foreign media, leave the country on vacation, drive a car, or use mobile phones on university premises.  There is of course, little chance of protest within Turkmenistan.  This is another right that Turkmen citizens do not enjoy.

Could we organise the NUS in this country to stand in solidarity with the students of Turkmenistan? Could we get the NUS to call for a reversal of these measures?

Education is something we take for granted.  It is important to remember, that for many around the world the levels of education we receive in this country are merely an aspiration. 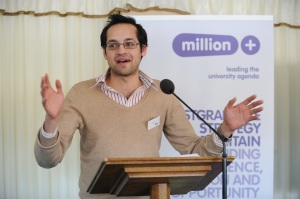 Aaron Porter, the NUS President has consistently failed to answer one question.  This one question remains the elephant in the room for the NUS, and will continue to leave them open to accusations of politicising tuition fees until it is answered. The question…”Is the proposed package of student tuition fees fairer than the current system?”

I suspect, the reason that Aaron will not (or cannot) answer this question is because the answer is simply yes.  The system being proposed is fairer than what we currently have.  How can this be I hear you cry, when the newspapers are filled with accusations of £9,000 a year tuition fees.  Lets run through some of the positives in the package that Aaron seems so unwilling to talk about (when despite them having such a massive impact on student’s lives).

2) The repayment on Student loans will be shifted away from the current system towards a weighted system that takes into account you’re to pay.  At the moment, everyone earning £15,000 starts paying back the same, regardless of their income.  The new proposal will lift the figure where you start to pay back your loan from £15,000 to £21,000.  This means, if you earn less than 21,000 and stay there you pay back nothing! It also means that if you lose your job or take a sabbatical, your repayments are frozen.  Equally, if after 30 years you still have out standing debt, it gets written off.  This means that if you do not benefit financially from university, you do not lose out financially.

Graduates who DO earn over 21,000 will start to repay their loans at a rate of 9% of their earnings above 21,000.  This means, that repayment, per month will be lower for all students than the current scheme.  As your income increases, so the interest rate on the loan increases (in a similar fashion to staggered income tax levels).  In balance, this means the lowest earning 25% of graduates will pay back LESS than they currently do, and the top 30% of earners will pay back more than they borrow.

3) Support for living costs will increase for families earning up to 45,000.  Extra money is being put into grants for living costs and an extra loan will be made available to these students.  It is an improvement again on the current system.

4) The headline £9,000 a year will be in a minority of cases.  If a university wants to charge more than £6,000 they will have to meet targets to ensure they attract a more diverse range of students, specifically students from poorer backgrounds.  In the UK, our university education system still excludes the poor.  This is something that we should be ashamed about.  Less than a fifth of the poorest quarter of our society make it to university.  This package will create a National Scholarship Programme for students on low incomes – offering the first years tuition free.  There will be a greater emphasis put on the university to work with poorer schools to appeal to their students.

Do I think this system that is being proposed is fair? No! Do I think it is fairer than the current system? Yes! Why can’t Aaron Porter say this? Sadly, I suspect that Aaron Porter’s membership to the Labour Party might well be clouding his judgement on this issue. He seems incapable of criticising New Labour (who had an election pledge to scrap tuition fees and then went back on it despite having a massive majority).

His union has started a campaign to target some of the most progressive MP’s in Parliament. An example is Sarah Teather (The one who established the all party group on Guantanamo Bay, was found to be spotlessly clean in the expenses scandal and was one of the fiercest opponents to the war in Iraq).  How can Aaron Porter honestly believe “decapitating” (his word not mine) an MP like Sarah is a good thing for students? It again, makes a mockery of student politics presenting students as incapable of thinking about anything other than this one issue.  It undermines students and does NOT represent them.

It is, in my opinion, time Aaron Porter started playing grown up politics and working with the Lib-Dems who are a junior partner in a coalition government and are committed to working for a fairer system.  The Lib-Dems in government have made it fairer but we are still left in a hugely unfair system.  It is about time the NUS slipped a little subtlety into their arguments.