BNP opt for sex over elections in battle for racial purity 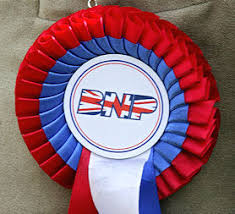 The British National Party (BNP) has lost all three seats they were looking to defend in the 2013 local elections. This includes Burnley which was the nearest thing to a safe seat the party had.

In light of this electoral battering the party sent out this bizarre message to members suggesting “that BNP members and nationalists across the schools of nationalism engage in making babies.”

You can’t make this up.

In an effort to “rebuild the ethnic British race” they are calling for a two-fold strategy of increased white European immigration combined with boosting the ‘nationalist’ reproduction rate.

As far as political strategies go – this is extraordinary even by BNP standards.

One thinks that there might be a bit of confusion in BNP HQ at the moment.