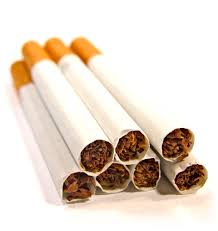 The BBC has today revealed that Gloucestershire County Council (GCC) has invested at least £12.2 million in tobacco firms through its pension’s scheme.

Back in 2011 when this issue was raised by The Guardian, Jo Walker, Gloucestershire County Council’s director of finance, hinted at a rethink saying, “We are currently talking to other councils about the approach local government takes to investing in pension funds.”

Today the BBC reported that GCC has repeated that it “had a responsibility to ensure it invested in companies which provided the best value for taxpayers and pensioners’ money.”

Quite literally this is our local council putting profit before human life. Each year tobacco is responsible for the death of 6 million people and is one of the leading causes of preventable diseases.

GCC however sees no problem in investing heavily in tobacco firms despite Gloucester being dubbed the “Cancer Capital of UK”. Specifically, Gloucester has more diagnoses and resulting deaths from lung cancer than anywhere else in the country.

If you live in Gloucestershire and want to raise this with your local councilor you can find their contact details  – here.