Mandela will never, ever be your minstrel

This is a cross-post from Musa Okwonga.

You will make out that apartheid was just some sort of evil mystical space disease that suddenly fell from the heavens and settled on all of us, had us all, black or white, in its thrall, until Mandela appeared from the ether to redeem us. You will try to make Mandela a Magic Negro and you will fail. You will say that Mandela stood above all for forgiveness whilst scuttling swiftly over the details of the perversity that he had the grace to forgive.

You will try to make out that apartheid was some horrid spontaneous historical aberration, and not the logical culmination of centuries of imperial arrogance. Yes, you will try that too. You will imply or audaciously state that its evils ended the day Mandela stepped out of jail. You will fold your hands and say the blacks have no-one to blame now but themselves.

Well, try hard as you like, and you’ll fail. Because Mandela was about politics and he was about race and he was about freedom and he was even about force, and he did what he felt he had to do and given the current economic inequality in South Africa he might even have died thinking he didn’t do nearly enough of it. And perhaps the greatest tragedy of Mandela’s life isn’t that he spent almost thirty years jailed by well-heeled racists who tried to shatter millions of spirits through breaking his soul, but that there weren’t or aren’t nearly enough people like him.

Because that’s South Africa now, a country long ago plunged headfirst so deep into the sewage of racial hatred that, for all Mandela’s efforts, it is still retching by the side of the swamp. Just imagine if Cape Town were London.  Imagine seeing two million white people living in shacks and mud huts along the M25 as you make your way into the city, where most of the biggest houses and biggest jobs are occupied by a small, affluent to wealthy group of black people.  There are no words for the resentment that would still simmer there. 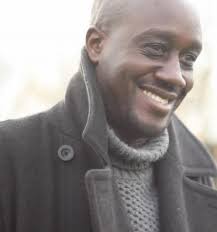