On being a dyslexic 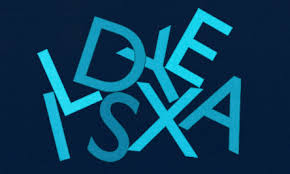 Yesterday I published on this blog a letter that I wrote to the Daily Nation newspaper about my dyslexia. I was a little surprised when people got in touch expressing their surprise that I was dyslexic.

One very well intentioned email said, “fair play mate, you aint a bad writter for a dyslexic.” I am still not sure if the email was tongue in cheek or not.

I was genuinely baffled though as to why this news would surprise someone reading my blog. As I pointed out in my letter, it is thought that one in ten of us are dyslexic – 700 million people worldwide.

Maybe one explanation could be that most people who are dyslexic remain undiagnosed and those who are diagnosed often remain in the dyslexic closet due to fear of discrimination and prejudice? The fact that I am open and frank about my dyslexia makes me fairly unusual.

My dyslexia has had, relatively speaking, a small impact on my life. This again, makes me a bit unusual.

I have a close to average severity of dyslexia and I have also been lucky in attending good quality state schools in the UK. As a result I now hold a masters degree and enjoy writing and, to a lesser extent, reading. However, it hasn’t always been this way.

I can remember in year two at school (as a 6 year old) complaining that the book they were giving me was too easy. My teacher duly gave me a harder book to read and sat with me while I read it. Inevitably, I stumbled over longer words and then forgot large passages of the book. My (generally very good) teacher’s response was to suggest I shouldn’t bite off more than I could chew and gave me back the easier set of books to read.

To varying degrees this was then a pattern of my early and secondary education. Trying to push myself and then in one way or another failing and so settling back into mediocrity.

In many ways I fulfilled a dyslexic stereotype of being quite outspoken and engaged orally in class whilst habitually under performing in written examinations. I can remember at school thinking, believing, that I was at best, an average pupil.

To a lesser extent I am still outspoken whilst still struggling to get the words in my head onto the page. Often I struggle to get words close enough for Microsoft spell checker to work out what I am trying to write. In situations where I have the time, this can be overcome by googling common phrases with the problematic word in to find the right spelling. Often however, my chosen words or means of expression are replaced with less appropriate, but easier to spell, alternatives.

All the way through school I found some things very easy and, of course, some things bloody difficult. For example, I have always been able to follow people’s arguments to their (often bonkers) logical conclusions very quickly. However, at the same time, if someone says something such as a word or a phrase that I don’t recognise I then often lose entire chunks of conversation. It is like I have no recall of what someone has just said or done.

As I am sure you could imagine, when you move into a new organisation that has its own vocabulary of acronyms and terminology this can create some difficulties.

After finishing school I went (with average grades) onto university where I scrapped a degree. I wasn’t diagnosed with dyslexia though until years later in the summer of 2008 as I was coming towards the end of my masters degree.

These “issues” I had been having all the way through school and university were finally spotted. Not by an academic but my partner who watched in a bemused bafflement as I tried (and failed) to write out a simple list. I was then lucky enough to be in an academic setting where I was (financially) supported through the various tests. Finally, after 22 years of British education, I had a diagnosis.

I cannot explain to you how good this felt. It was like a weight lifting off my shoulders.

More importantly than the diagnosis though, was the (crass) understanding of what was going on. Suddenly things dropped into place for me. It explained to me why I might have been finding some tasks so difficult and others so easy.

The diagnosis and the resulting reading on dyslexia also however brought into sharp focus how lucky I was. Whilst I ended up at university studying something I love, too many dyslexics end up in jail, taking their own life or suffering from mental health problems. A potent cocktail of ignorance, prejudice and inappropriate structures, results in perfectly able people being failed by our system.

I still maintain I am very lucky. I made it through this system despite my dyslexia because I was so lucky in other aspects of my life. I had supportive parents, great friends and a list of other sociological factors that weight your chances of success in our far from meritocratic society (skin colour, gender, sexuality, class etc etc).

And this is where I differ from most dyslexics. I loved school even if I wasn’t always very good at it. I thought school was great. I enjoyed learning and always seemed to come out with good enough grades to get me onto the next step of my education.

This experience in school (combined with a happy home life) meant that my confidence also developed (some might say too much). Time and time again though, it has been shown that one of the biggest hindrances dyslexics have is their own self-confidence which has been scarred early on in an education system which sets them up to fail.

When teachers wrote on my school report year in year out that Steve could do great things, “if only he applied himself” I thought, yeah…fair enough. I probably should work a bit harder but I am off to play football cheers. For many with dyslexia though they get this exact same comment on their report cards as they slog their guts out working twice as hard as the other kids, re-reading paragraphs, reciting lists of words to no avail. And, when they really can’t put any more effort in, and teachers chastise them for this, they come to the only conclusion left to them…that they are just not as smart as the other kids.

This, despite improvements, remains a chronic failing of our education system.

I once saw a comic describing his 1960s schooling as a dyslexic. All the way through his school life he was told he was a slow learner. Finishing this anecdote he commented, “40 years later our education system still hasn’t caught up. Dyslexics that struggle in school are the problem of the schooling system not the kids who are struggling”. After a long pause he said, “40 fucking years…and they call us the slow learners!”

4 responses to “On being a dyslexic”