The satire of Downing Street trying to fly the saltire 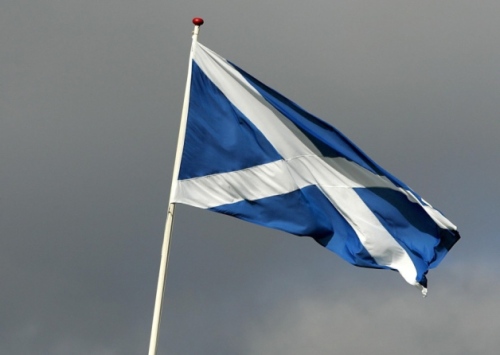 To counter this at the time, unfounded accusation, the No campaign launched itself into full panic mode.

Firstly, they cancelled Prime Minister’s Questions (PMQs) so the three party leaders could take a completely unplanned and, let’s be honest, unwelcomed trip to Scotland to try and ‘love bomb’ the Scots.

I can’t see that going wrong…

While I feel little sympathy for Cameron, I do feel a bit bad for Clegg as once again he fights in a referendum where he does more harm than good. He is, whether he likes to admit it or not, now part of the three figureheads of conventional Westminster politics who are to the No campaign what the Liberal Democrats were to the AV campaign.

Alex Salmond must have been laughing at the news that all three of them were heading north.

As if trying to write a satirical sketch for the ‘Thick of it’, it got worse. Someone somewhere decided to try and fly the saltire over Downing Street and impressively manged to get it wrong. Truly a wonderful moment – the satire of the saltire.

It has been a long time since I have seen a collective political flap as big as this. Will the Scots find this late attempt to love-bomb them lovable? Or, and perhaps more likely, will they see through these latest twists and turns of political posturing?

I suspect the latter but I guess we won’t find out until the 18th September when Scots go to the polls.

Arsenal back campaign to kick homophobia out of football

Because of this, I rather appreciated Arsenal’s latest campaigns video in support of the #RainbowLaces campaign to ‘kick homophobia out of football’.

Stewart Selby, co-ordinator and founder of the GayGooners commented on the Arsenal press release that: “Arsenal’s participation in the advert and the campaign means so much to Arsenal’s LGBT fans and the community. The campaign sends the message that attitudes should and can change.”

A pair of rainbow laces will be distributed to professional players across the UK for them to where on the weekend of Saturday September 13th to create a visual display that homophobia is not accepted in the modern game.

Writing this from Uganda, one wonders though how the millions of devote Arsenal fans here will react to the campaign!

With just weeks left until Scotland votes on independence, the leaders of the opposing campaigns took to our TV screens last night to debate the pros and cons of independence.

Here are the highlights from the debate:

After watching the highlights I would be interested in your views. If you had a vote, how would you use it? Do you think we are ‘Better Together’ or that Scotland should vote ‘Yes to Independence’?

The band formerly known as Jim Lockey and the Solemn Sun are back with a new name, new sound and brand new video.

Re-launching as ‘Solemn Sun‘ the Cheltenham based band have released a new video with a whole new sound to their last albums ‘Atlases‘ and ‘Death‘.


My advice, for what it’s worth, is make sure you check them out live. They have two dates announced:

Ask yourself a question – are you going to let UKIP win?

So a hat tip to the Liberal Democrats for this latest campaigns video as they continue to (not very successfully) pitch themselves as the only party that can stand up to UKIP.

I always maintain that there is a place and time for negative campaigning and this anti-UKIP rhetoric is one of them. Although, to clarify, I don’t think it is enough by itself.

Anyway – have a watch:

Let me know what you think of the video and whether or not it is more or less likely to make you vote Lib Dem!

Also, I am slightly aware that I have been rubbishing quite a lot of what The Green Party has been putting out lately so I thought it only right that I also highlight this rather good animated video from them regarding the privatization of the NHS. Again, well worth a watch.

Today of all days it would be too easy to write another article condemning another set back for the global struggle for equality.

From 29 March 2014 same sex couples will be able to marry in England and Wales. This represents one of the final few steps in the marathon to fight for equal rights in the UK.

This makes me proud to have been born in the UK and to call this part of ‘my culture’.

And, just as I too often talk about LGBTI rights in the negative I am aware the same can too often be true when I write about politicians.

It is because of this that I wanted to share with you this video from the organisation Stonewall thanking MPs and MSPs for speaking out in favour of equal marriage.

It is inspiring to look back at where we have come from in such a short space of time. Please do share this video with friends and family.

The video Shell doesn’t want you to see

So, they put it back up.

Hip Hop legend Mos Def has  been force fed under the ‘standard Guantánamo Bay procedure’. The following video was put together with human rights organisation, Reprieve.

WARNING: This video might cause offence – but hopefully not as much offence as the Obama administration doing the exact same thing on non-consenting detainees at Guantanamo Bay.

I struggled to watch it all, the inhumanity of it got to me.

The only difference with the 40 inmates currently being force fed is that we aren’t watching. There is no accountability for how they are being treated. There is no one to call cut and bring it all to an end.

The US administration has said that it does not use torture in Guantanamo Bay but does use ‘enhanced interrogation techniques’ such as ‘waterboarding’. Amnesty International this time illustrates what this means:

These techniques, the bastard child of Bush’s war on terror are still used under Obama’s rule.

Never before has the phrase, ‘the land of the free’ left such a bitter taste in the mouth.

WATCH: Thrill Collins on tour – “It is not a holiday”

Thrill Collins… what can I say?

They are all round nice guys. They bring endless joy into people’s lives through the medium of skiffle covers of 80’s and 90’s pop. They are arguably the biggest news story to come out of the West Country since this. I reviewed the first night of their summer 2012 European tour – which you can read here. They have also released a full length documentary of their summer 2012 European Tour AND…

I take no legal responsibility if you are blown away by this video.

This is a video by a friend and former colleague Emmet Sheerin. We lived together for a  few months in the village of Yanoun in the West Bank as part of the EAPPI programme. This is his short video which was made while we were there.

The organiser of the weekly protest at Kafr Qaddum took a few seconds to explain to me his version of events from today’s protest.

These are some images I took from today’s protest:

Two boys using slingshots to throw stones at the soldiers. 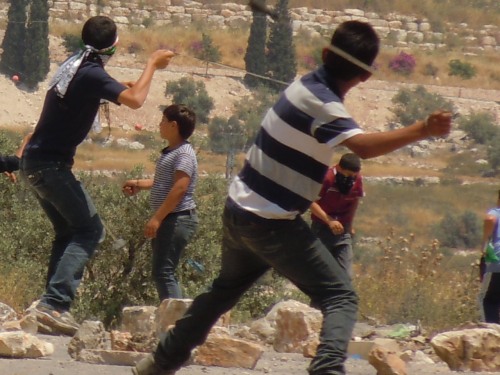 The Israeli Army entering the village.

A member of the press (who made it past the flying checkpoints put down by the Israeli Army to stop press entering the village) is carried out of the protest by a first aider. 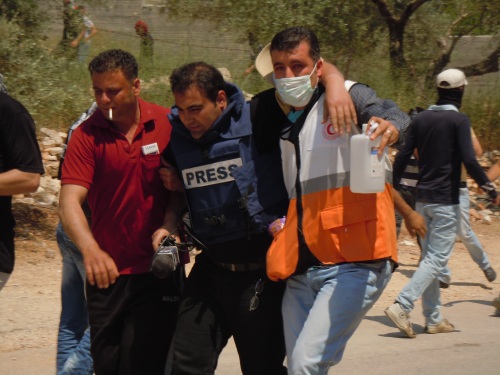 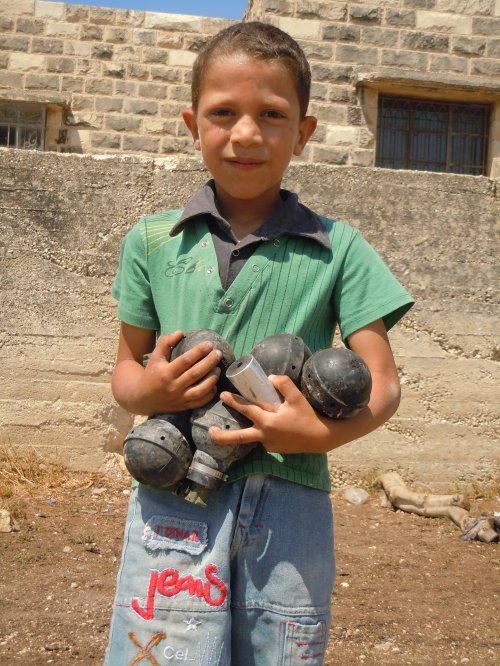